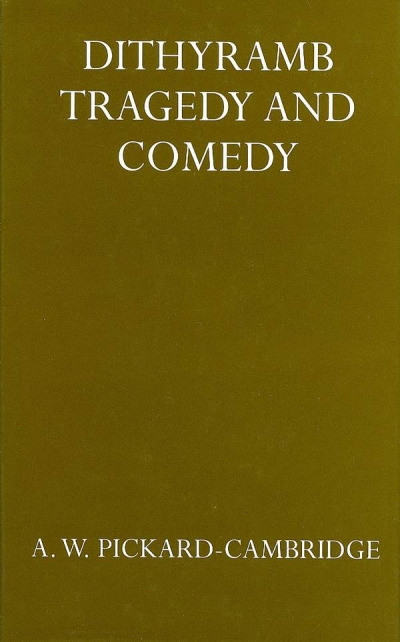 The seminal work on the origins and early history of Classical Greek drama.

This is the rarest of all bibliographical things, a reprint of the original 1927 edition of a book revised in 1962, but subsequently allowed to go out of print.  The reason for this reprint may perhaps be found in the notes on Greek tragedy given to me by my tutor David Harvey at Exeter University in 1970 : “The second edition was revised and changed out of recognition by Professor T.B.L. Webster, whose views on many of the problems are different from Pickard-Cambridge’s.  Webster has omitted some of the original discussions and added new materials which seem to support his own theory.  The second edition should be read as a new book by Prof. Webster.”  It would seem that enough scholars asked the publisher to reprint the original edition to make a reprint feasible.  Despite being published for Sandpiper, which used to sell books predominately by mail order, the book bears the familiar OUP logo and an OUP ISBN.

Now, however, out of print again. 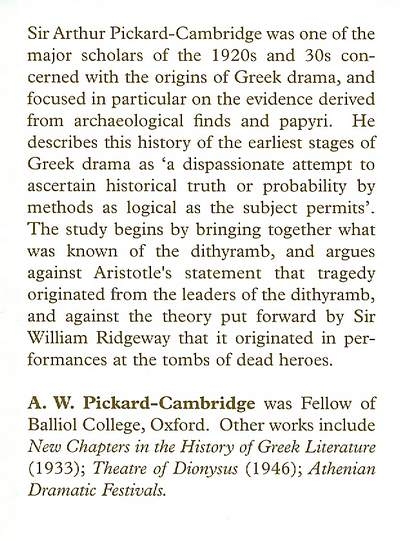