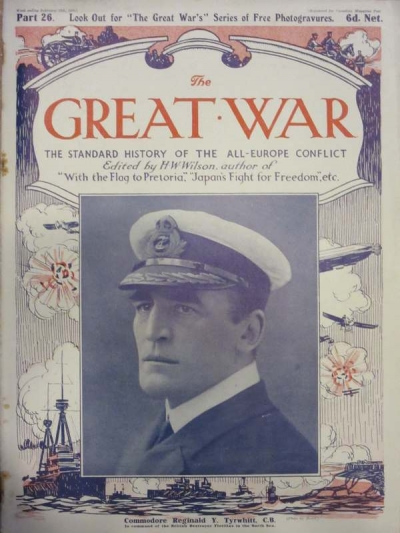 The Standard History of the All-Europe Conflict [in 1917 amended to ‘the World-Wide Conflict’] – Complete unbound set of all 272 weekly issues, 1914-1919, very numerous b&w illustrations from photographs and paintings (see pictures below), occasional fold-out plans and diagrams included loose, occasional advertisements, front cover printed in blue and red, each weekly issue contains on average 27 pages of text in small type (see pictures below), stapled magazines, in very good (apparently almost unread) condition with very little foxing, staples rusted (practically inevitable) and in some cases to the point of disintegration, but altogether a very rare complete set and nowadays unheard-of in this condition, Amalgamated Press, London 1914-1919

Amalgamated Press was set up by the journalist and entrepreneur Alfred Harmsworth in 1901.  Having successfully chronicled the Boer War (‘With the Flag to Pretoria’) and the Russo-Japanese War (‘Japan’s Fight for Freedom’) under Wilson’s editorship, Harmsworth saw no reason why he should not do the same for the ‘all-European conflict’.  This proved to be a rather larger and longer-lived war than he had expected, and issues continued to be published into 1919, reflecting the continuing hostilities in Turkey and the Middle East and the formal ending of the war with the Treaty of Versailles.  The last issues were co-edited by J.A. Hammerton and the covers were in a slightly more sombre brown rather than red (see picture below).

The hostilities, and the surrounding war effort both in this country and abroad, are covered in considerable detail, but the perennial problem with a history written as it happens is that it is very difficult to see the wood for the trees.  Harmsworth would also have been subject to strict military and naval censorship, and the resulting narratives are heavily biased to the Allied side in order to maintain morale in those left behind – for example, there is a section on ‘Smashing the great German counter-attack at Loos and Hulluch’, whereas we now know the Battle of Loos in November 1915 was one of our least successful actions, with no ground gained and twice as many British and French soldiers killed compared to the Germans.

Having said that, the level of detail and the depth of the coverage make this work a valuable resource, and an essential starting-point for any study of the war.  The publisher offered bindings for the magazines, and these ran eventually to thirteen volumes, though the size and weight of the contents (each volume weighed over 3kg) mean that many of the bound volumes now offered for sale are in very poor condition.  They are, after all, at least 100 years old.

As the work is now out of copyright, it was republished by Trident Press International in 1999 in (we believe) six or seven volumes, but there is no mention of the work on the current Trident Press website, so we conclude that the reprint is now also out of print.  In any case it cost US $75 per volume in 1999 . . .

Booksellers seem to offer well-read (‘covers re-attached with sellotape’) individual copies of the magazines at prices starting at £4 each.  Copies in better condition offered by one English bookseller are £28.35 each postage paid, but one optimistic Canadian bookseller offers copies, in no better condition than ours, at prices ranging from £119 to £151 per copy.

This is a very rare chance for a collector or historian (or a library?) to obtain a complete unbound set of the work in very good condition for an average price of £4 per copy.

Our price includes delivery to the UK mainland (including the Isle of Wight!).  Within a radius of about 150 miles from Emsworth we could deliver the magazines in person, by car.  For more far-flung parts we would use one of the courier services.  For customers outside the UK the carriage would be considerably higher, so if you are interested please email us on enquiries@monkshillbooks.co.uk and we will find out the carriage cost before you place your order. 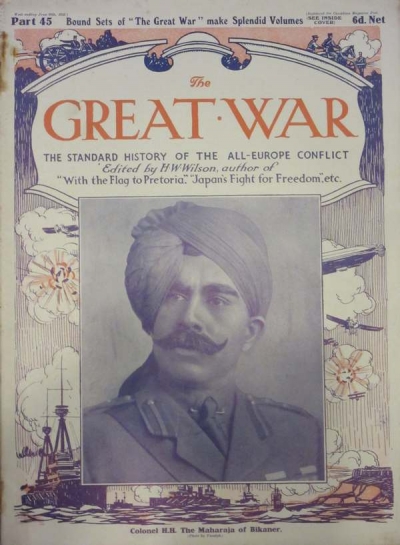 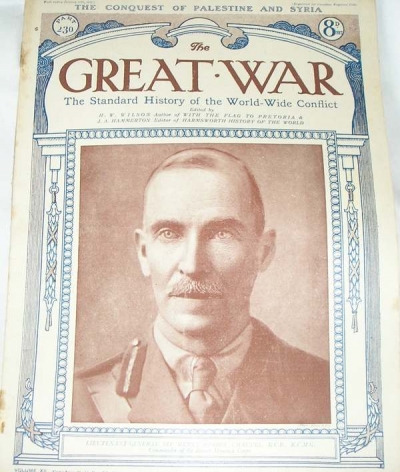 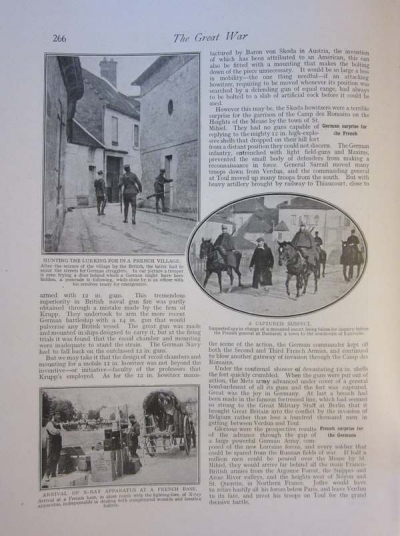 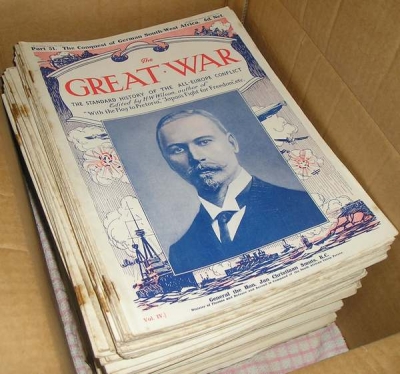 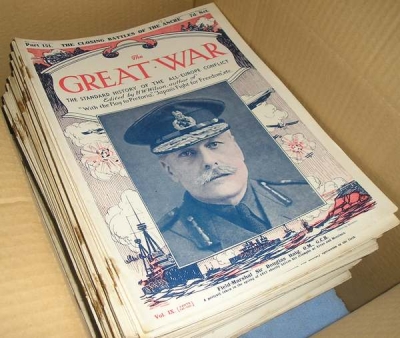 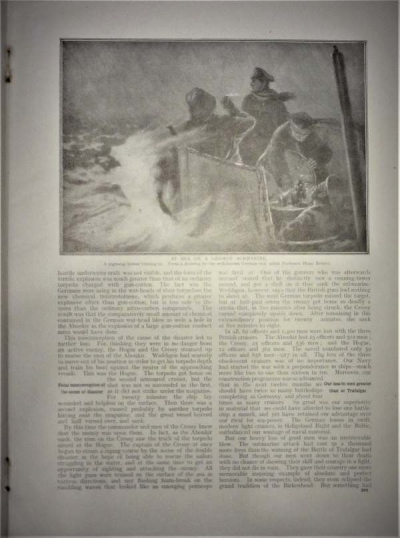